It was a boogey man, a symbol for societal ills, for gross inequalities that still persisted following the civil rights movement. It was an insatiably lethal, faceless force decimating the marginalized and weak in society: gay men, intravenous drug users, hemophiliacs. In time, a conspiracy theory would evolve, vehemently believed in the African-American community that the disease was a man-made virus, some foul result of an ugly government plot unleashed upon the poor, gay men and African-Americans in order to slash their numbers (1).

In response to its presence, artists throughout all genres sang of the disease and its effects on society. Included in a playlist below are nine hip-hop and R&B artists from the late 1980s and early 1990s that proselytized to their listeners, admonishing them to practice safe sex, to be careful, to consider how deadly this epidemic was and could be. Today these songs sound like sponsored PSAs for safe sex and STD prevention, and seem wisely prescient: today nearly 50% of all new cases of HIV in the United States are among black Americans. If this dismal trend continues, “it will probably be the case that 5 to 6 percent of all African-American adults who are sexually active will be infected with the virus” (2). Staggering. Listen to them now at the embedded playlist and check out the list of the artists and selected lyrics below.

1. Coolio – Too Hot (1995)
2. TLC – Waterfalls (1994)
“One day he goes and takes a glimpse in the mirror,
but he doesn’t recognize his own face.
His health is fading and he doesn’t know why,
Three letters took him to his final resting place.”
3. Jermaine Stewart – We Don’t Have to Take Our Clothes Off (1985)
4. Erick Sermon – Safe Sex (1993)
“But for real, when you’re havin’ sex
No matter what type, make sure you wear the latex
To all of the cons out there sexin’
Stop and look, boy, you’re stressed out protection
Cause aids is real and something to believe
Or not make-believe and fake like hair weave
Adeath wish like Charles Bronson
And if you don’t beleive me then ask Magic Johnson”
5. Salt N Pepa – Let’s Talk About AIDS (1994)
6. Kool Moe Dee – Go See the Doctor (1986)
7. Boogie Down Productions – Jimmy (1988)
“Cuz now in winter AIDS attacks
So run out and get your jimmy hats,
It costs so little for a pack of three,
They’re jimmy hats for the winter attack.
Good for a present, great for lovers,
demonstrated by The Jungle Brothers
Protect your jimmy and keep it fresh.”
8. Neneh Cherry – I’ve Got You Under My Skin (1990)
9. Michael Franti & Spearhead – Positive (1994)

The HIV/AIDS Music Project (HAMP) combats the spread of the HIV virus and eradicate stigma associated with HIV/AIDS through the use of music. Their website documents global music, of all genres, that “illuminate clinical, social, or cultural aspects of HIV/AIDS”. It’s really fun pouring through their database.

NPR did a great segment this summer on the explosion of cases in the past few years among the African-American community. You can listen to the broadcast or read the article that accompanied it here. A compilation album of rap and hip hop, America is Dying Slowly, was released in 1996 as an educational outreach effort directed at African-American men. Artists include Common, Mobb Deep, Wu-Tang Clan, and De La Soul, amongst many others. You can purchase it here. Highly recommended!

Shout out!: The HIV/AIDS Music Project (HAMP) was a fantastic resource in finding most of the songs included in the 8tracks playlist.

Shout out #2!: Lyrics to selected songs above were sourced from various websites and edited accordingly.

One comment on “Let’s Talk About Sex: Hip Hop on HIV” 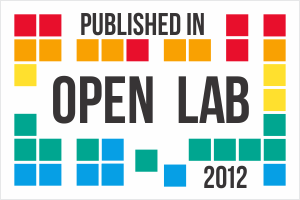